The earliest recorded reference to Broadwell is in a charter dated 708 AD, when the King of Mercia granted the manor and its appurtenances to the Abbey of Evesham, where it remained until the Reformation in the 16th Century. The concession included land as far as Donnington, Stow, Oddington and Adlestrop .

As the name implies, Broadwell was abundantly endowed with water which, together with fertile soil, explains its strong agricultural history.

The church was the earliest and probably the only stone building in Anglo-Saxon times but was completely replaced after the Norman Conquest, when a manor house and parsonage were also built nearby.

In return for the use of the land and grazing rights, villagers gave labour, services and produce to the Abbey.

After Henry VIII’s reformation all the Abbey’s land in Broadwell was transferred to lay owners, who were already becoming prosperous in their own right.

The manor and its demesne were in the hands of the Wanford family at the time of the Dissolutions but quickly passed to the Andrews, the Baskervilles and the Talbots, before being divided between two prosperous landowners early in the 17th Century. Anthony Hodges kept the manor house and some of the demesne, whilst William Chadwell took land at the other end of the village.

After the Dissolution, for religious purposes, Broadwell was transferred from the see of Worcester to the newly established bishopric of Gloucester.

It was during the 17th and 18th centuries that some of the largest houses in the village were built, with smaller stone dwellings replacing the former wattle and daub cottages. Rectory Farm and Broadwell Manor were built in the 18th Century, replacing older buildings on the same sites. This was a popular trend among landowners at this time as they wanted to incorporate new fashions in architecture, garden planning and furniture.

The village was not directly involved with the national events of the 17th and 18thCentury, although it was listed as having 33 men of military age in 1608 so it is likely that they would have been involved in the Civil Wars. The last battle of the Civil War began at Donnington and extended up the hill towards Stow and it is likely that fugitives trying to escape the battle would have used tracks leading down from the Fosse Way to Broadwell to flee to Chipping Norton.

At the end of the 17th Century Broadwell conscripts were part of a force stationed at Cirencester to prevent a possible invasion by William of Orange via Bristol. A century later, men from the village joined the Stow Volunteers, in readiness to defend the locality, had Napoleon attempted to invade England.

The proximity of Stow on the Wold, with its markets and fairs, must always have been an advantage to Broadwell farmers. There was a sheep fold at the top of Broadwell Hill where animals could be kept at market and fair times.

Revealing insights into village life during the late 19th Century can be seen from the School Record Books. Factors such as weather, farming emergencies and Stow Fair had a dramatic effect on attendance, indicating a close-knit, predominantly agricultural community.

The present century has brought both gains and losses to the village. Gains have included the building of two council estates, one of which was considered to be a model of its kind, as well as other small housing developments. The village hall was built and the common turned into an open space for the use of villagers and visitors. In 1977 the church was presented with a sixth bell. Losses include craftsmen, two shops, a bakery, a forge, an Alpine Nursery, a school and several inns (although The Fox Inn remains, still selling ales from the local Donnington Brewery). . The Baptist Chapel is now a private house and many previously agricultural barns have been converted for residential use.

Broadwell, like so many other villages, has had to adapt to changing times and has a good history of doing so, resulting in the vibrant community it is today. 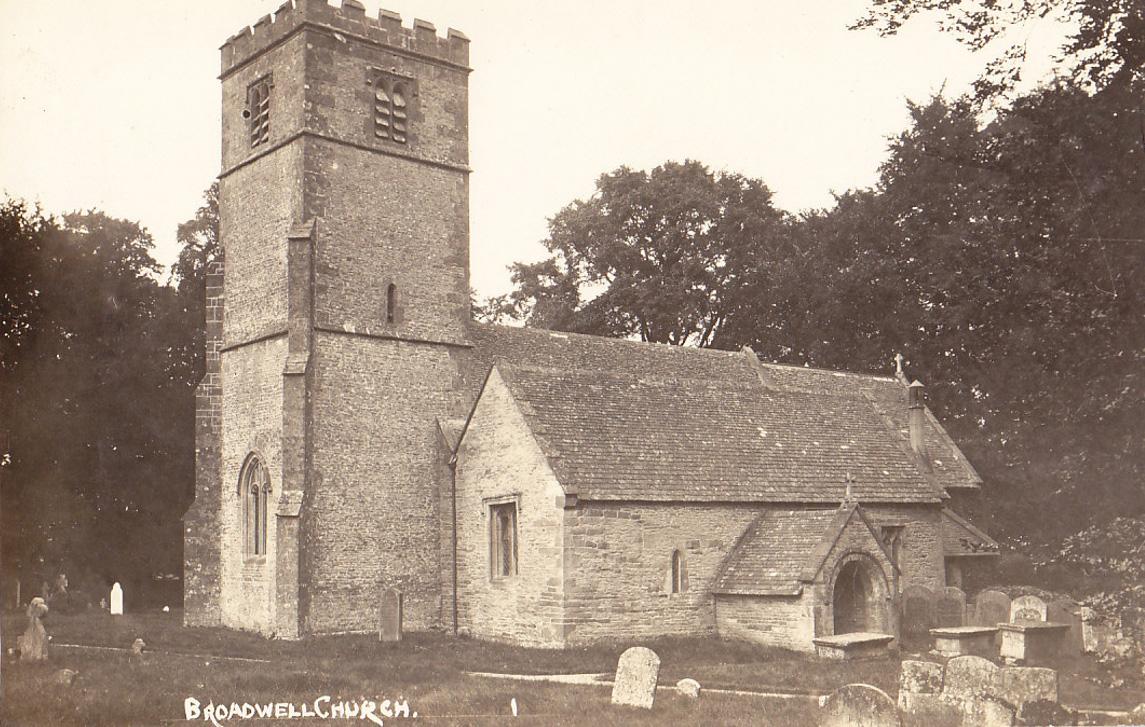 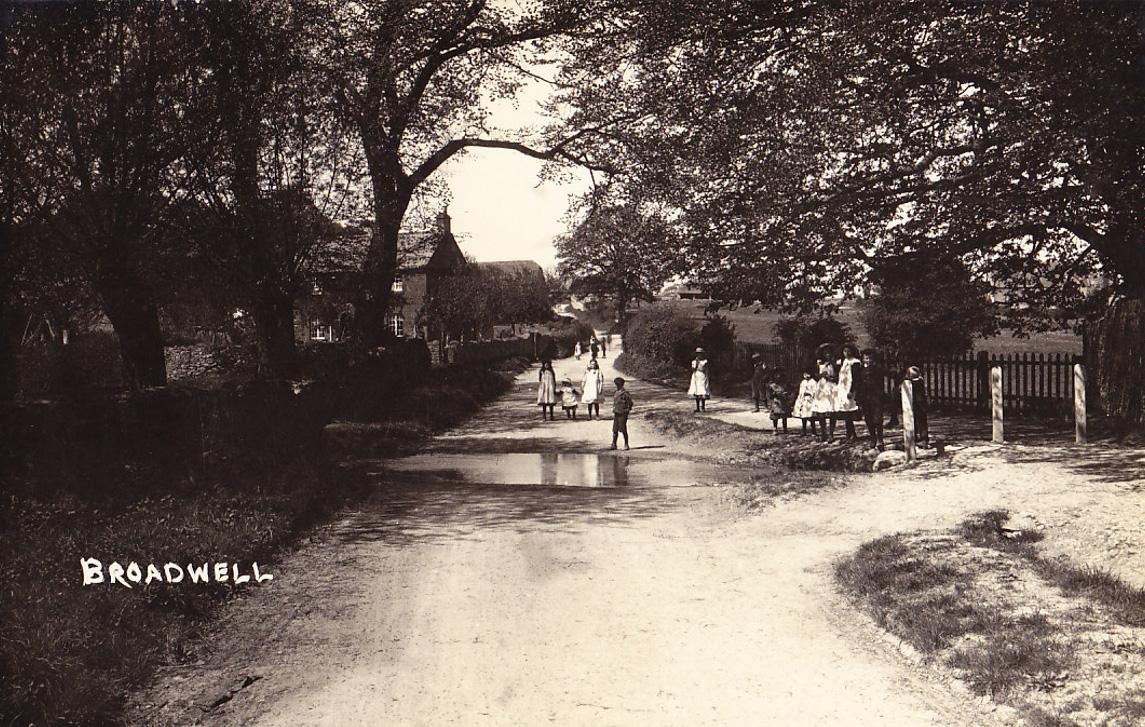 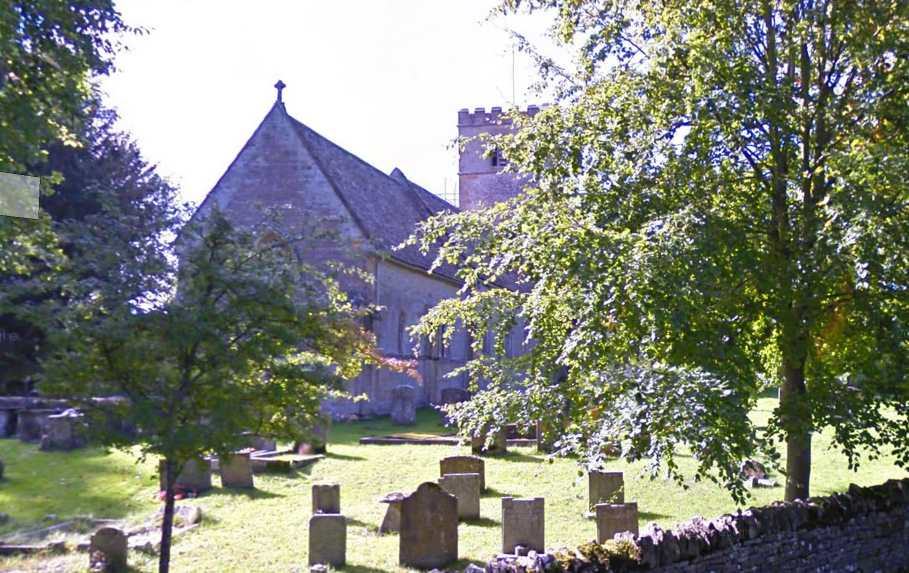 The Parish Church of St Paul